The Royal Tenenbaums were the first character finger puppets I ever made. In case you don’t know the story, I started making puppets for my now 8-year-old nephew’s 2nd birthday. After trying out some animal designs for him (which he was wholly uninterested in at the time), it occurred to me late one night while watching a movie that it would be a crazy challenge to try to turn a movie character into a finger puppet. Thus the Royal Tenenbaums were born. 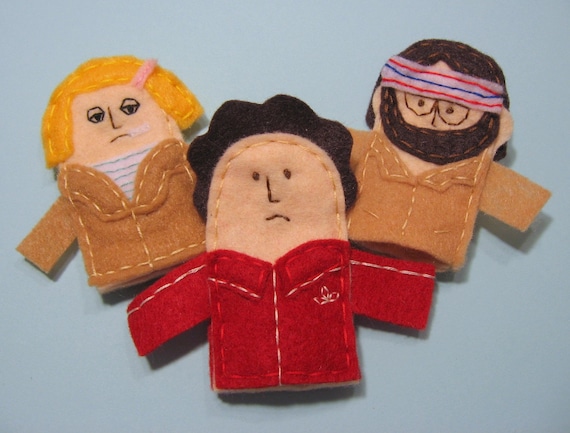 I happened upon this original photo the other day after having recently re-shot the photos of the current designs. There are certainly differences to contrast (Can you believe it took me years to realize how important ears are? Oh, and that spacing out facial features helps insure that the puppets don’t look like little face/big head weirdos). The basics are still the same, though– Margo with her cigarette and bland affect, Chas with his ‘fro and mildly perturbed expression and Richie hiding behind his beard and glasses. 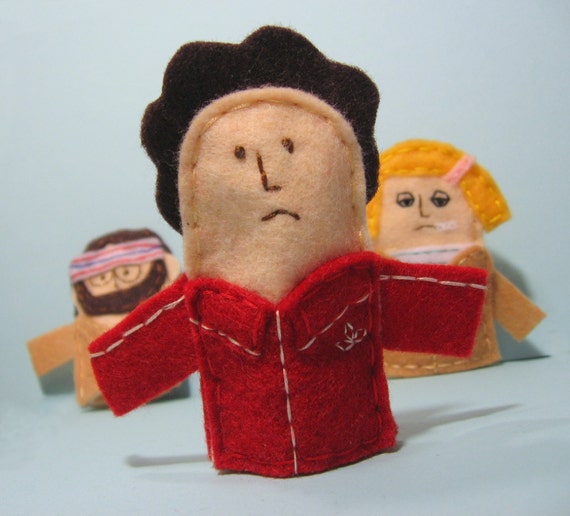 You can still check out that original Tenenbaum sale on my Etsy shop from back in 2007. I have to say, I don’t hate the photos (though it is a little silly that in the best shot I got of the trio standing up, Richie is actually falling over into the backdrop) but the blue paper background is actually kind of nice. Who would’ve predicted that those first three little puppet people would lead me on this long, strange trip creating basically everyone I think is awesome in 3″ felt? Certainly not me. 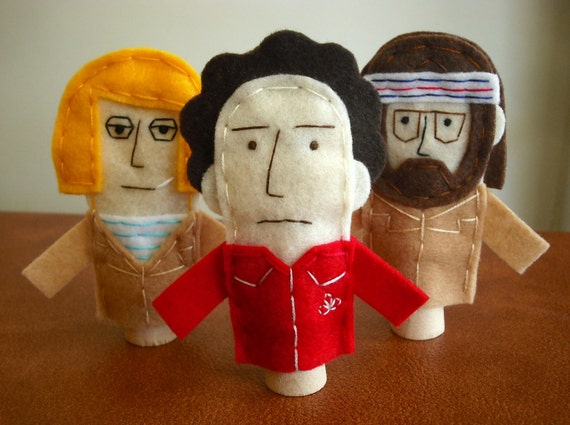 Oh, and for the record, my nephew recently informed me that his collection of my puppets is now nearly 30. What a difference 6 years makes in a kid’s interests, eh?