Requests for custom puppets have a tendency to be, well, a little odd. It’s no surprise– if you wanted something normal, somebody else would probably be making it already, right? While plenty of folks ask for puppets of their friends and family, more often than not it’s a totally unexpected pop culture character that I get requests for. Don’t get me wrong– these projects are often some of my very favorite. How often do you get asked to make finger puppet Paul Bunyan, tiny Wolverine with needle claws, or a pair of famous economists? 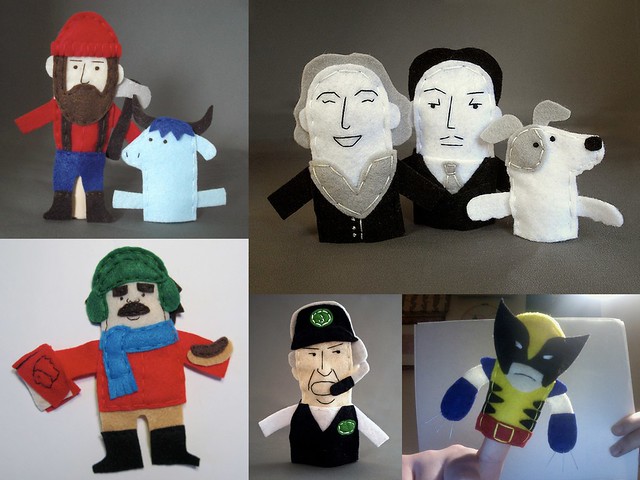 My latest random/awesome request came from a customer whose wife is obsessed with the head pirate, Muse, from the movie Captain Phillips. Even if you haven’t seen it yet, you’ll recognize Muse as the dude who says that famous line, “I am the captain now.” Apparently she’s developed a fascination with him and asked for a Muse-related Valentine’s gift. While he said that a finger puppet would be great, he really wanted something more doll-like, and we agreed that something like the plush characters I’ve made recently would be perfect.

I sent out the doll back in March and stumbled on this blog post the other day from Jessica, the lucky Muse plush recipient. I’m happy to report that he was, apparently, a hit.