I’ve written before about my love of “outsider” art. Of course that term in itself can be problematic, and yet there’s something so intriguing about the idea of an artist working completely outside of the confines of the “art world,” simply because they feel compelled to make something. I’m drawn to the complex and fully-realized worlds these artists tend to create (see Henry Darger, Pearl Fryer, Hal Lasko, hand-painted signage). It’s easy to fall into an elitist view of the “undiscovered” artist, but at it’s best the idea illustrates that the most unassuming among us have complexities that strangers would never imagine.

I was privileged to see a screening of the film, “Almost There,” over the weekend, which follows 82-year-old artist Peter Anton. While manning a portrait-drawing booth eight years ago at Pierogi Fest in Whiting, IN, Anton met two filmmakers who ultimately collaborated with him on a documentary. At the time, he was living alone, obsessively chronicling his experiences in intricate scrapbooks and waiting for someone to “tell his life story.” The film follows Anton’s first art show, and paints a portrait of an complicated artist and man.

The screening took place at this year’s Pierogi Fest in the beautifully-restored Hoosier Theater movie palace, which was a treat in itself. Afterward, Anton went back to work at his portrait booth once again. Sadly, a sick kiddo back home meant we couldn’t stay to have our picture drawn, but hopefully next year we can get a Peter Anton original. 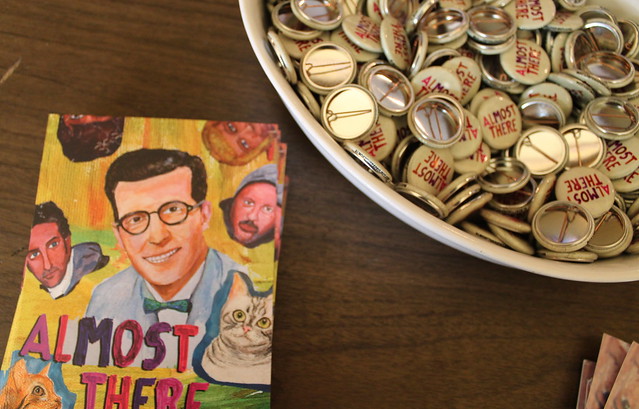 The film is a really a beautiful story, touching on a broad range of themes for filmmakers, artists and everyone facing the inevitability of aging–  how we construct our sense of home, the role of documentarians in a subject’s life, artistic commitment, living with the mistakes we make in our life, and how we accept, or don’t, the mistakes of others.

The filmmakers are in the final days of a Kickstarter project to fund screenings at film festivals and distribution of the movie. If you’ve got a few bucks at send their way, you won’t regret it.

P.S. If you ever get a chance to check out Pierogi Fest, do yourself a favor and go. If this pretzel pictured below doesn’t convince you, well, I don’t know what will. 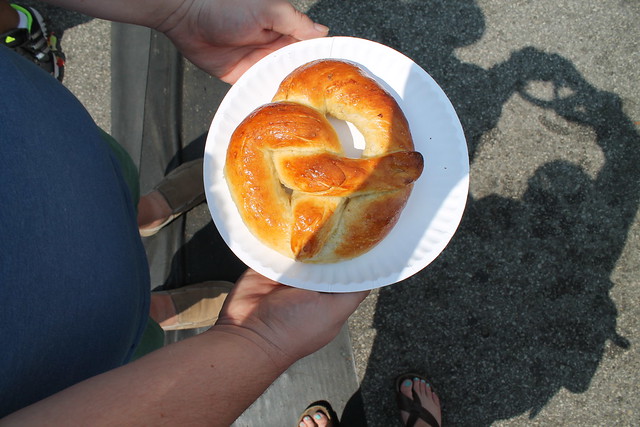