As a gal who appreciates a hand-stitched oddity (not to mention a clever statement on consumer culture), British artist Lucy Sparrow’s new project, The Cornershop, is totally my new favorite thing. After a successful Kickstarter campaign, Sparrow spent the past seven months creating plush versions of the snacks, drinks, personal products and sundry items you’d find in an any other local corner store, creating a site-specific installation that’ll function as a real store and workshop space throughout the month of August.

The store occupies a formerly abandoned laundromat in East London. Sparrow explained in her Kickstarter description that the “felt politics” of the project “Lucy’s work develops a politics that is at once humorous, grotesque and gentle. It is a politics that for all of this is no less insistent, requiring that we engage with our unquestioned practices in consumption spaces, face up to the fetishism of consumption, and draw to the fore the changing politics of the British consumption landscape, and the demise of our cornershops as spaces not only for consumption but also for community building.”

It’s so inspiring to see this style of conspicuously handmade items used in such an accessible, yet radical, space. I always appreciate artistic statements that are truly rooted in people’s everyday lives and accessible, both physically and conceptually, to anyone who walks in off the street. And though the project poses questions about contemporary consumption habits, I also really love the inherent contradiction at play with nostalgia for a locally-owned cornerstore stocked full of corporate products. Not to mention the idea of an artist turning herself into a sort of sweatshop worker churning out the sheer volume of consumer goods it takes to fill even a small space like this! 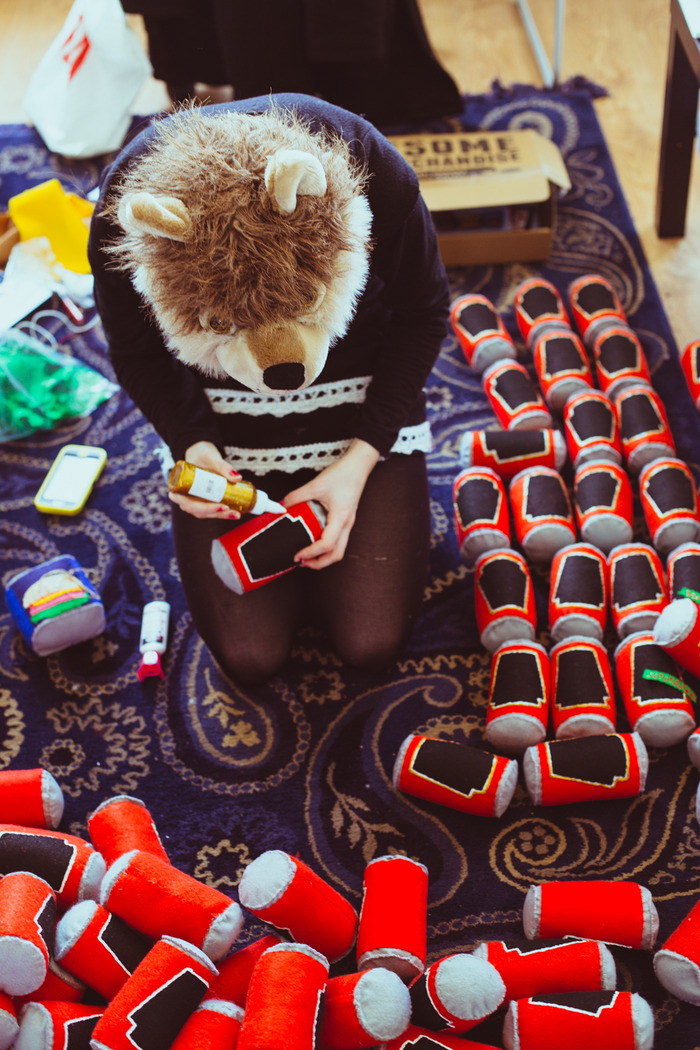 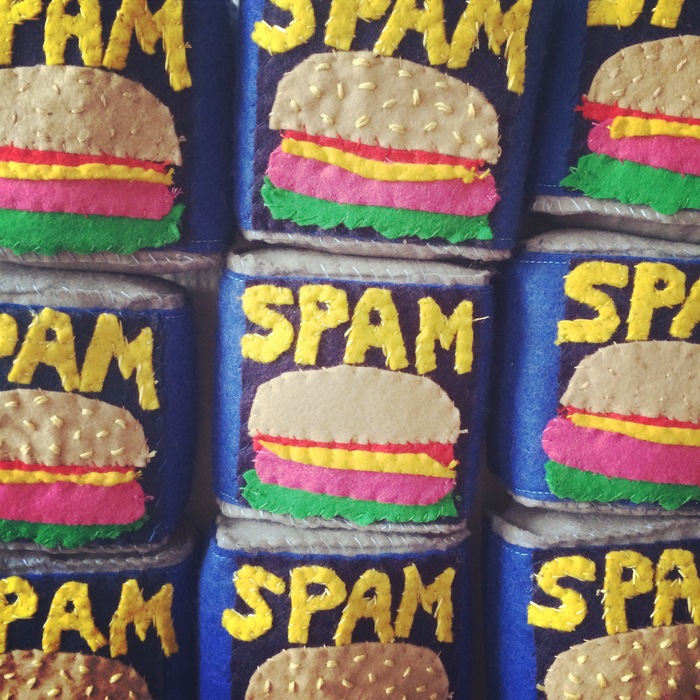 In one of the interviews on the project, Sparrow said that after Cornershop was all over, “I’m going to lie down in a dark room for two weeks and just not move and have someone feed me grapes.” As a gal who’s shut herself away for weeks to obsessively sew little felt things in anticipation of holidays and craft fairs, I have to admit, I can totally relate.