The early part of the year is always the regeneration time for my biz. With the holiday rush over, January and February are traditionally when I make plans, think about new directions and designs, and try out projects I’ve been putting off for too long. I’ve spent the first few weeks of this year setting up goals in a way that I’ve never done before. There were so many things I wanted to tackle, it was clear that I needed to get organized if they were actually going to happen. I spent an evening the other day converting a small wall in the studio into a seasonal goals board, complete with about a hundred yellow Post-It notes and lots of big ideas. Not sure if it’ll actually work, but it sure does look impressive ; ) 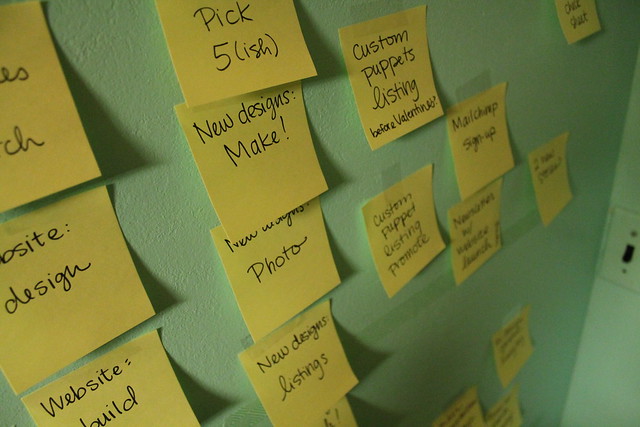 First on the docket, I’ve decided that I want to try my hand at web design. I’ve dabbled here and there, customizing this blog and even starting an ill-fated website project in DreamWeaver a few years back. But this year I decided I would take a few coding classes, since there are so many available online these days. I completed an initial course through Codecademy and promptly got in over my head working on a personal website. After working for a few weeks, I’ve decided to rethink my approach to that one, and am planning to take up an official abbeychristine website in the new few weeks. Unfortunately abbeychristine.com, which I owned a few years ago, is now a bootleg Hollister site (I know, so weird, right?), so my first project is to decide on a url. If you have a brilliant suggestions, let me know! 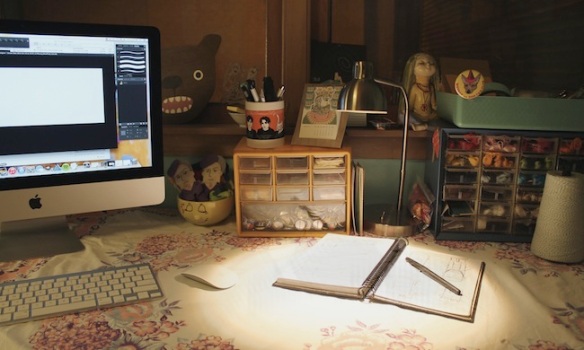 I’m also in the process on coming up with some new designs for 2015. It seems crazy that it’s been since 2013 that I debuted a new design– the last was Louis CK. Picking people to add to my collection is a complicated equation of whether the person can be translated in a recognizable way into a puppet, and of course whether they’re a popular figure that I think people would actually want to buy in 4″ of felt. I’ve only just started sketching for this year’s new class, but I’m super excited to show you new stuff soon. 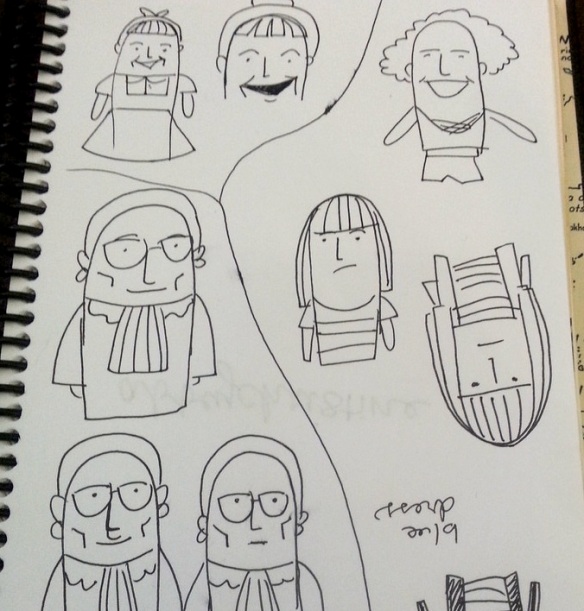 However much I actually finish as planned this year, I’m excited for the new things 2015 has in store!