Last summer we took Henry to see his very first movie, “Inside Out.” We all loved it, but afterwards, when anyone would ask him what he likes about the movie, he’d say “the volcano!” He liked the story of Joy and Riley, sure, but what really made an impression was the short before the feature, Lava, about a sweet volcano couple singing an infectious Hawaiian song.

The obsession stuck with him, and the song has even made it’s way into our nightly bedtime routine. So when we asked Henry what kind of birthday party he wanted this year, it came as no surprise when he requested a volcano party.

The piece de resistance of the party would be, of course, a volcano cake. I scoured Pinterest for ideas, but found it tough to find volcano-themes that weren’t dinosaur or natural disaster-related, or frosting lava that didn’t look super unappetizing. Making the volcano structure also looked to be a challenge. There were some cute ideas for using rice crispy treats to mold a cone shape on top of a regular cake round, but I wanted a cake you could actually eat all the way through.

I decided to give cake carving a try for the first time, and did a test run the weekend before Henry’s birthday. I had two 8″ cake pans and a tiny 6″ one we’d used for the smash cake I made him for his first birthday. With some carving, I was able to get mid-size layers that worked, and smooth out the edges pretty well with frosting.

(Please ignore the two-tone frosting–I ran out of the original. That’s why you do a test!)

On the Friday night before Hen’s party, I baked up six cake rounds and put them in the freezer overnight. On Saturday morning, I brought them out and started piecing together and carving. I settled on five layers with one cardboard support in between, and a taller, thinner shape than the test volcano. The top layer had a hole cut in the center to anchor the cotton candy that rose from the top as smoke. 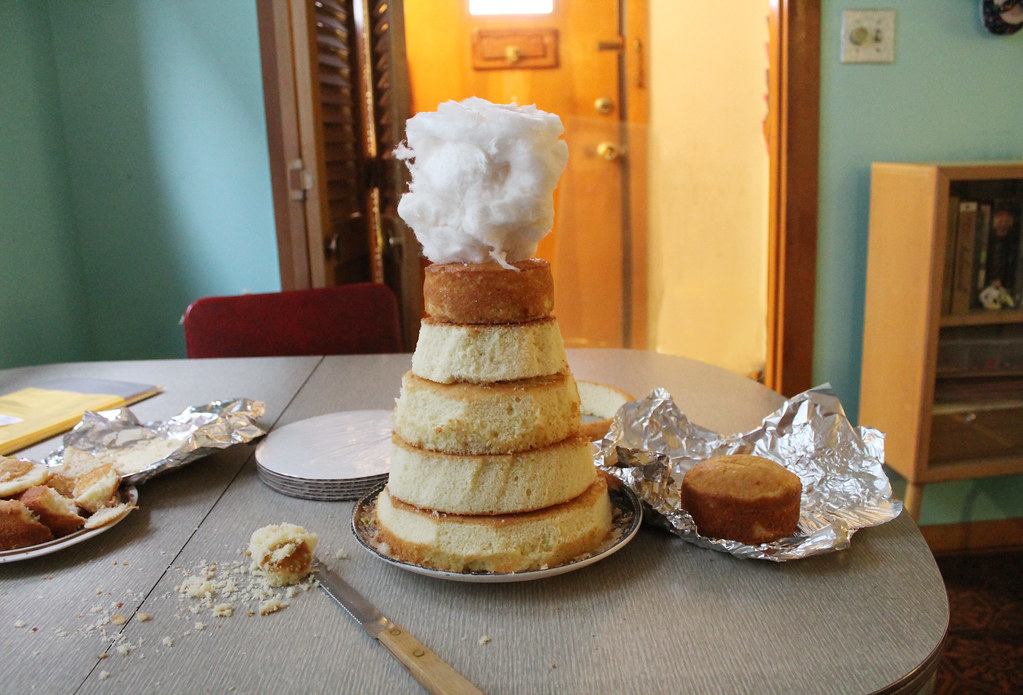 The cake came together surprisingly easily. After setting the layers up, I popped it back into the freezer for an hour or so and then got out the icing. I’d decided to surprise Henry with a peanut butter and jelly cake, in honor of his current favorite food. We went with white cake with raspberry jam in between the layers and a crazy good peanut butter/cream cheese frosting discovered from this recipe.

The frosting was thick and adhered well, and as it set up I was able to smooth out the texture. The peanut butter also gave it a nice brown, vaguely mountainy color. I decided at the last minute to dye some coconut and put it around the platter for grass, and finally relented to adding jam lava, which is still a little gross looking, but worth it 😉 Finally, the volcano was topped off with the cotton candy smoke to mimic my illustration from the party invitation. 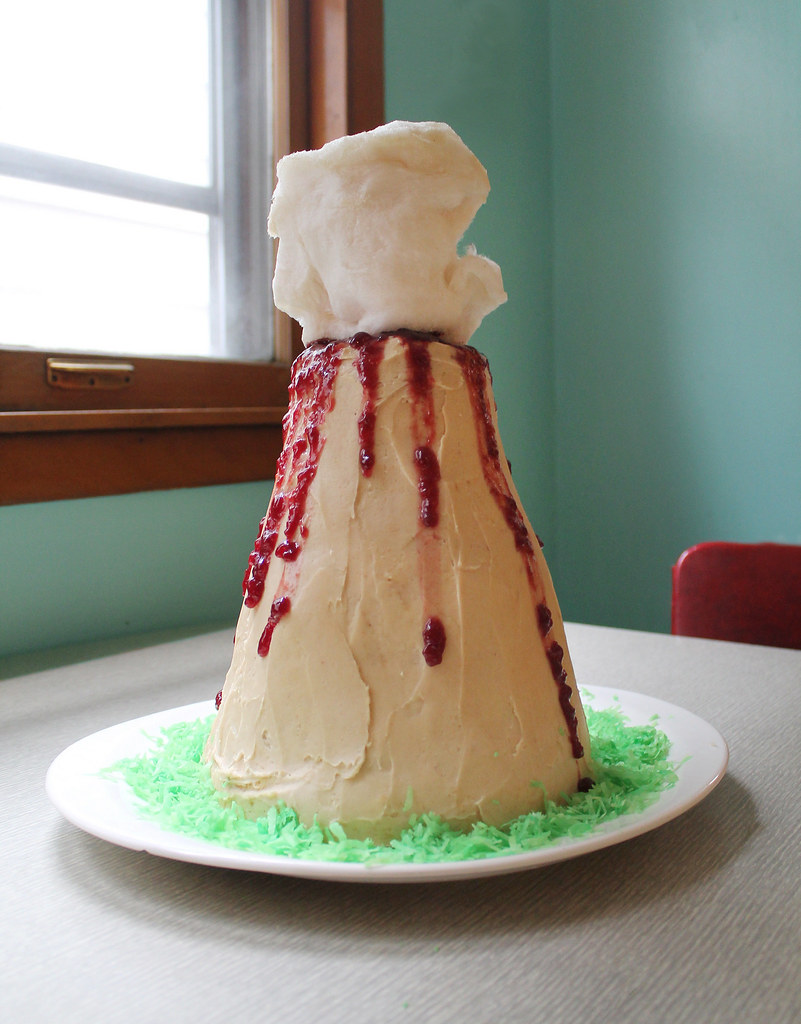 Luckily, besides looking good, the cake actually tasted good, too. Unfortunately the smoke didn’t hold up so well on the unusually-humid day, and it ended up wilting into a weird, crystalized mess by the time the party started. But the rest held up, and I have photos to remember the smoke’s original glory.

Henry loved it, and we’ll probably be eating off the leftovers for at least the next week. Can’t beat that! 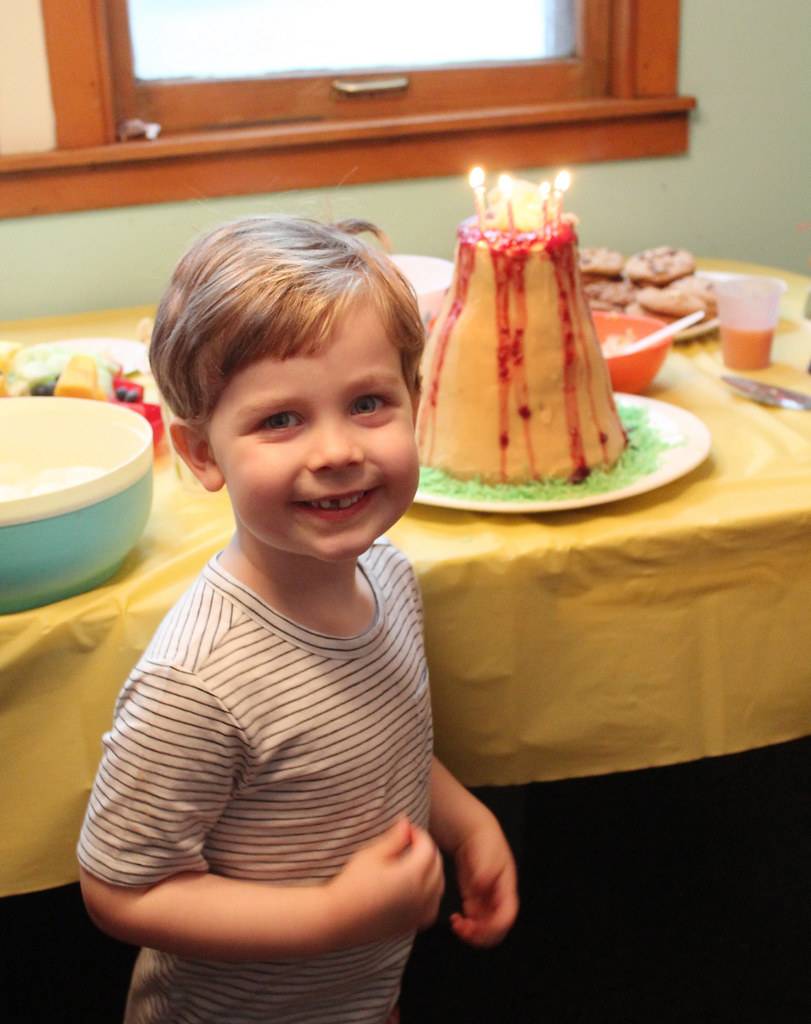 For the rest of the party decorations, I made volcano stickers and buttons to commemorate the day, and we found some popping volcano-themed candy, too. And mountain-shaped goody bags with tissue paper lava were takeaways for the kids who joined us. I think they lava-ed them. Ha! 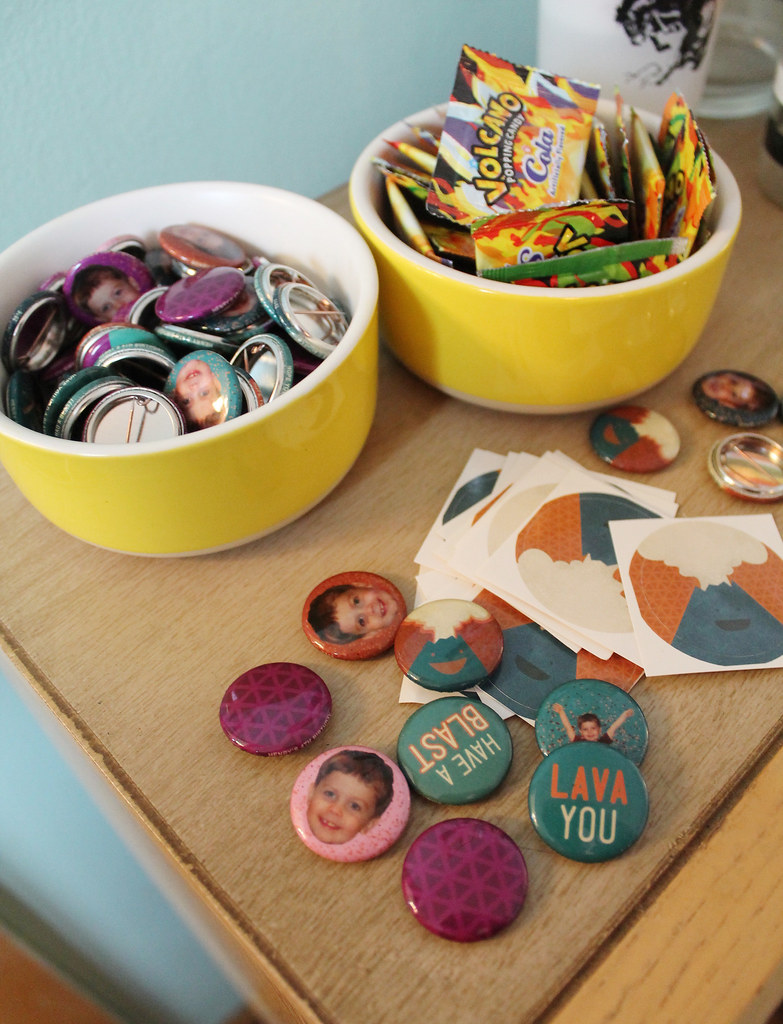 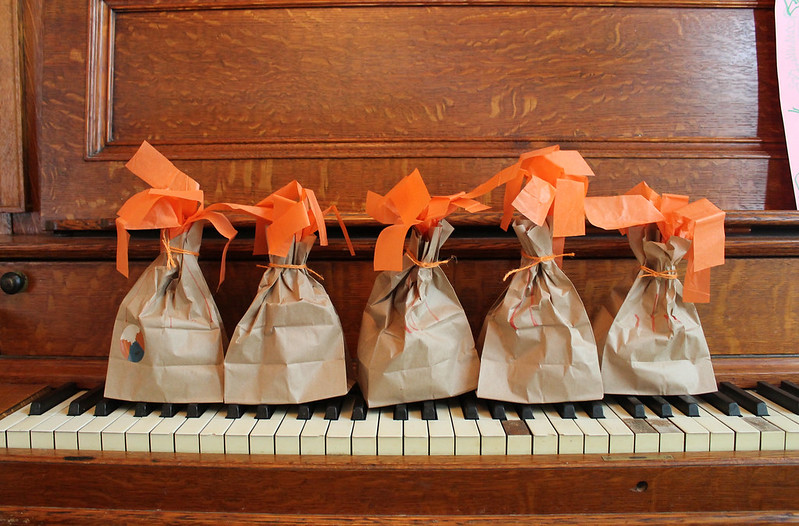 I figure as long as I keep my over-the-top parent projects to just one a year, we should be good. Last fall had it’s epic creation, and after this cake, I guess I’m at my quota for this year. Stay tuned to see if I actually keep my promise 😉

Oh, and here’s to four years with the sweetest, loveliest goofball I’ve ever had the privilege of knowing. 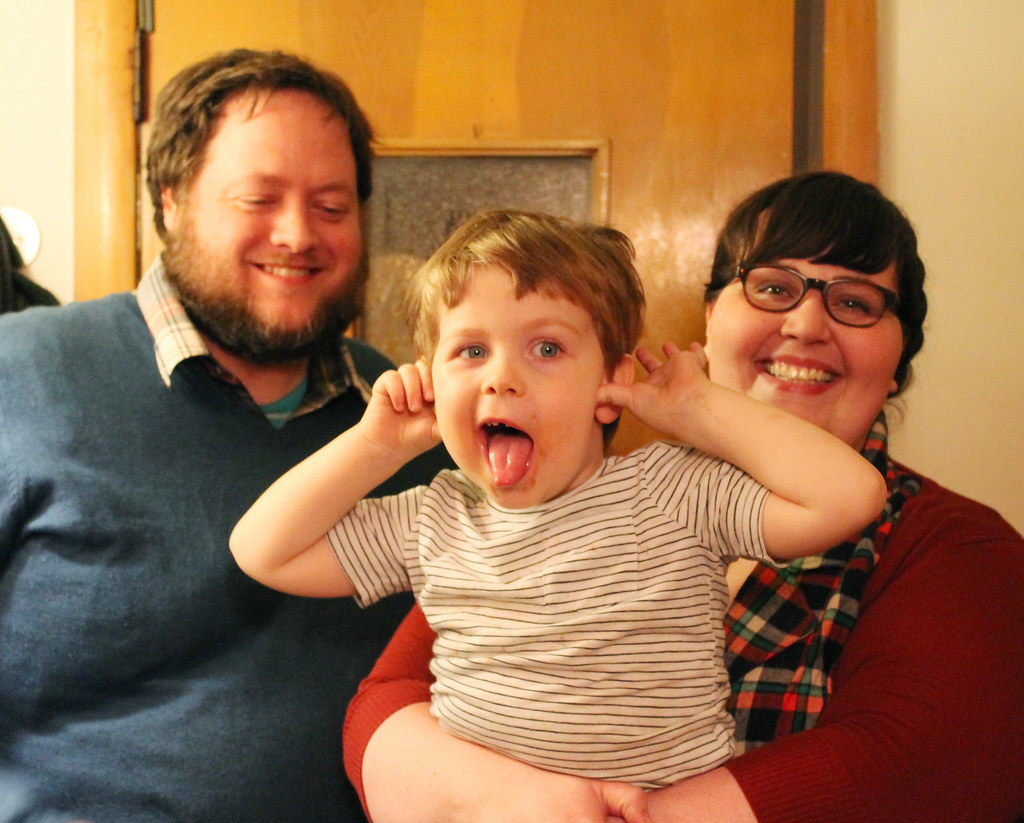