It takes skill to retell a story we’ve all heard a million times and make it seem new all over again, and even more skillful is telling that story with something we see everyday. That’s the charm in the work of Spanish design studio Milimbo. Using the most ordinary of materials– paper, they bring classic fairy tales to life in playful and surprising ways. From dioramas to masks to toys, it’s a totally new twist of the toys and stories you thought you knew inside and out. 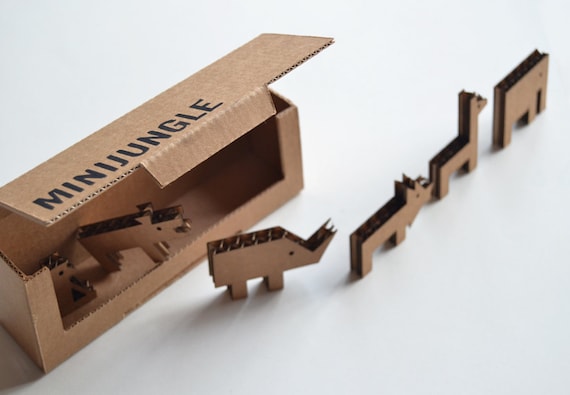 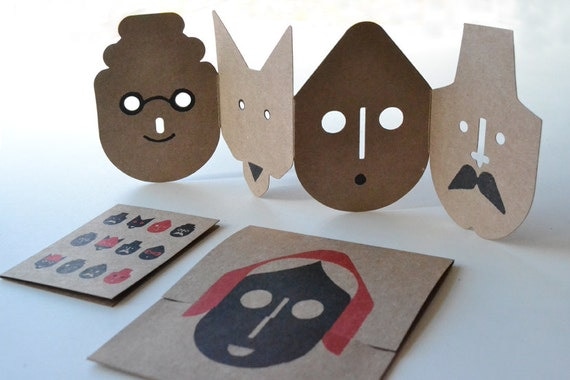 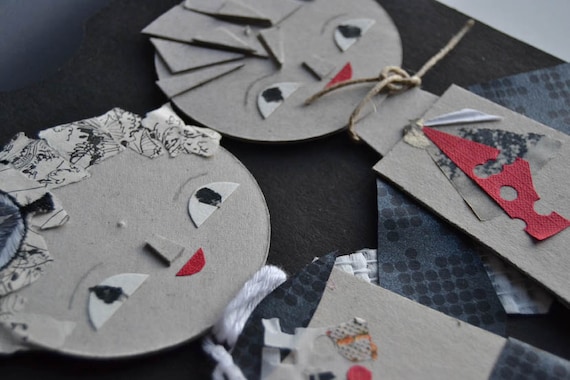 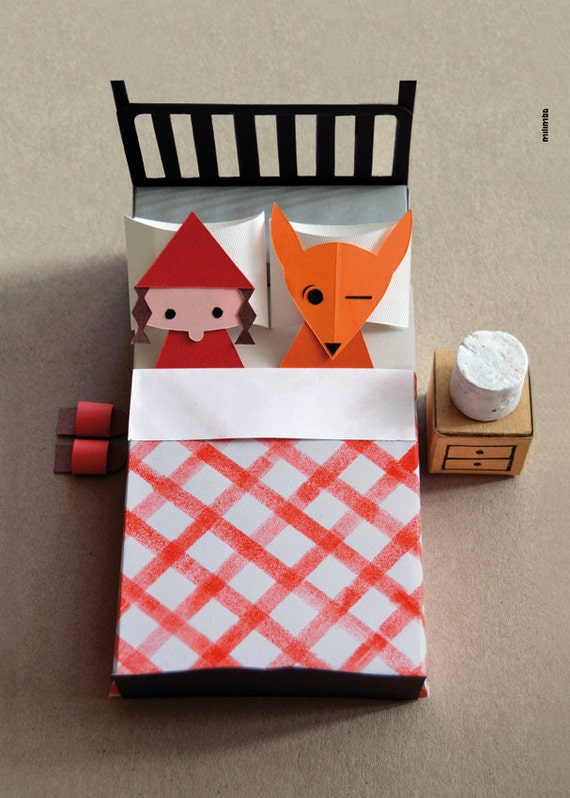 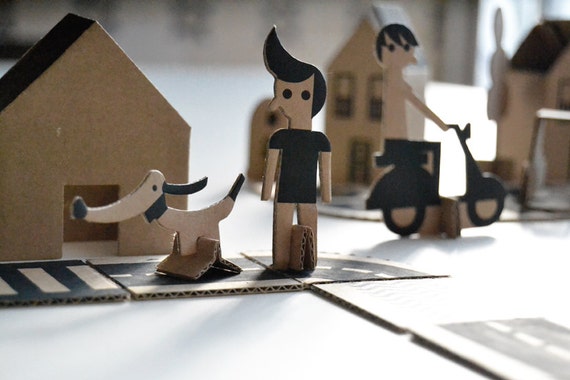 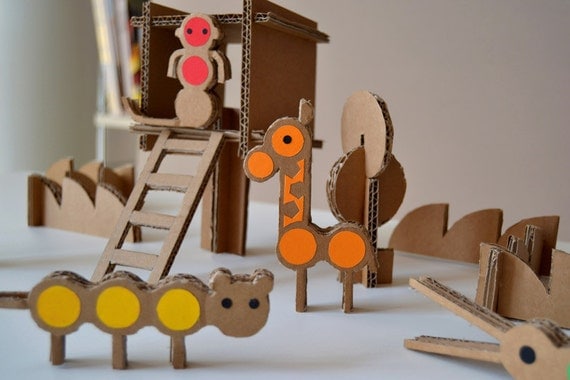 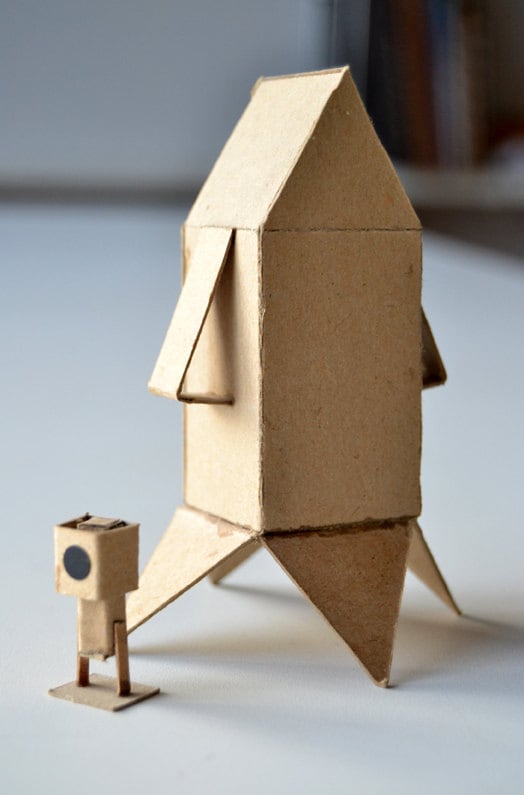 This is the time of year to start thinking about Henry’s Halloween costume. This is probably one of the last chances I’ll get to come up with an idea pretty much without his input– by 3 I figure he’ll have a fairly good grasp on what Halloween is and he’ll be damned if he dresses up like the quirky idea Mama came up with. So given that, I’ve been scouring my brain, and the internet, for this year’s ideas. Ours is still in the works, but here are some of my favorite costume finds so far from other toddler parents who are killin’ it in the Halloween department.

Seriously, how sweet is this mini-Johnny Cash? Love his tiny belt buckle, and hope he serenaded for his candy. Via Huffington Post.

This wing cape would be cute for everyday dress up, but also easily added to to make a quick and simple Halloween costume. Henry is zooming around the house pretending to fly half the time anyway, so he would especially appreciate this. Via Handmade Charlotte.

I know, it’s almost too much, right? Royal Tenenbaums Halloween costumes for kiddos is pretty much as hipster cliche as it comes. But they’re just so cute! Via Oh Happy Day.

Troll dolls are due for a comeback, right? I love that this idea is all about the hair, so there are fewer moving parts to worry about the kiddo messing with, and maybe (just maybe) they’d forget about that gag on top of their head? Via Brit + Co.

Oh geez, how good is this baby Prince? That jacket, the ruffled collar, the jerry curl? I’m dying. Via Twisted Sifter.

This tiny Rockford Peach, a la “A League of Their Own,” is killing it with the cute. Who says boys get to be the only sports heros at Halloween, right? Via Team Shep.

Okay, you guys. You have to promise not to laugh.

Lately I’ve felt like a lot of what I’ve wanted to say online has been a little “off brand” for my abbeychristine self, much more kid-related. I want to respect the folks who like what I make, but maybe aren’t interested in the fact that my son’s new hobby is riding the dog like a horse. So I’ve given in and started an online mom-dentity. Someday soon I hope to get a blog off the ground (just please don’t call it a Mommy Blog), but in the meantime there’s a Twitter: Oh Henry. So, if you like tweets about how I’m jonesing for a poor man’s White Russian with the milk in the fridge, knowing full well I should save it for an emergency wake-up bottle at 2am, well then, I’m your gal.

In the meantime, I’ll still be keeping you updated on all things craft-related right here, as always. As long as the kid goes to sleep eventually, I’ve got time to whip up a batch of Bob Ross puppets and share them with you all.

We celebrated Henry’s first birthday this weekend– cake, Chicago style hot dogs and (his favorite) lots of wrapping paper. Still hard to believe it’s been a whole twelve months since the little man made his appearance. He’s pretty much the coolest kid ever, even when he won’t go to bed til 10pm and insists on knocking over the dog’s water bowl every chance he gets. Besides that, parenthood’s been pretty much a breeze ; )

As part of Henry’s party invitation, I created an infographic retrospective of the first year. Since the invitations had to go out a month or so ago, we weren’t sure of the milestones that would be met in the final month and a half of Year One (hence the “First tooth” and “First steps”) but the kid ended up coming through with both, just in the nick of time.

Looking forward to all the new adventures that year two has in store for us.

This post is scheduled to go up on Tuesday, my official due date, though I admit that I’m writing these words a few days early. Not that I really expect the Little Man to be so punctual (though you never know– I actually was), but I thought that given the imminent arrival and the lack of coherent blog posts that may follow, I’ll share a few snapshots from our nursery creation process from the past few months.

Given my line of work and the insane nature of November/December around here, we basically put off most of the substantial baby preparations until after the first of the year. Come January 1st, though, things went into overdrive. Our second bedroom had been the guest room for the first few months we lived in the new house, so we needed to dismantle and take to the attic the full size bed that was occupying the room (no small feat, let me tell you), as well as remove all the various orphaned boxes that had been left in there to unpack some other time.

After some initial trouble trying to find just the right shade of baby-friendly gray (not an easy task for a room with just one window that you don’t want to come off as gloomy), Ben’s good friend offered to paint the nursery as his baby gift to us, and finally things looked like they would come together. My best friend loaned us her daughter’s crib, and we bought a gorgeous old rocking armchair from Craigslist that immediately become my favorite thing in the room.

Finally, we put up the amazing wall decal ordered from Blik, the one that I stumbled upon back in January and immediately threw out any nursery ideas I’d had that didn’t revolve around this Russian/Middle Eastern/exotic locations and bright colors theme.

Here you can see the castle in all it’s glory:

And here are Ben and myself feeling pretty proud of ourselves for getting it onto the wall straight:

More views of the room, now more or less complete–

I’ve been telling myself for the past few months, in the midst of the holiday craziness, that all baby-related decisions (save a few essential ones) had to wait until the new year. Well, as I’m sure you’ve realized, the new year is almost here, which means that things like nursery decoration are on my brain lately. I stumbled on these adorable alphabet prints from Vesa Sammalisto and they have got me thinking hard about making a firmer name decision for Little Man, just to be able to buy one for his new room. Below of some favorites, though the letter choices are entirely random. (No little Xavier’s on my horizon…)